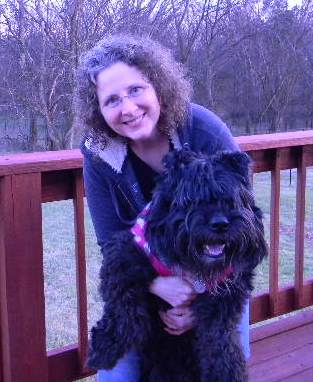 Lee Ann Billings has the inquisitiveness of a journalist mixed with the eloquence of a poet. When these two writing traits are combined, out comes what has been described by national health media as some of the smoothest nonfiction writing to date.

As a young child growing up in a small town of only 15,000 residents, Ms. Billings dreamed of traveling the world and writing the Great American novel. After having visited several foreign countries, earning a BA in Journalism at the University of Oregon, and becoming a published author of both health nonfiction and children’s fiction, her Great American novel has yet to be written.

Instead of delving into a life of literary contemplation, Ms. Billings has instead honed her craft by researching and writing on weighty health topics. The catalyst of her health-focused writing was the life-changing illness her family experienced after Hurricane Katrina. As a result of the intense research necessary to restore their health, Ms. Billings and her husband Kurt authored MOLD: The War Within, a nonfiction book on the health effects of mold and chemical exposures, which was published in 2007. Ms. Billings has also authored and co-authored several articles that have been published in national health magazines.

After being involved in community outreach efforts in disaster areas for several years, Ms. Billings decided to formally use her writing talents to give back. In 2013, Ms. Billings and her daughter, Mariah Billings, the CTO, founded the Books That Give™ program, which was launched by Partners Publishing LLC with the publication of The Super Bouv Series. Ms. Billings, who authored the three children’s books in the Super Bouv Series, helps support the program by donating her writing services so 100% of the author’s proceeds from all sales of the fiction books in the program can go to help fund nonprofit partners.

Ms. Billings created the Super Bouv Series for the Books That Give™ program to not only raise funds for nonprofit organizations but to also share the delight she has experienced living with Ruby, the real-life Super Bouv, whose antics and talents inspired the fiction series for kids.